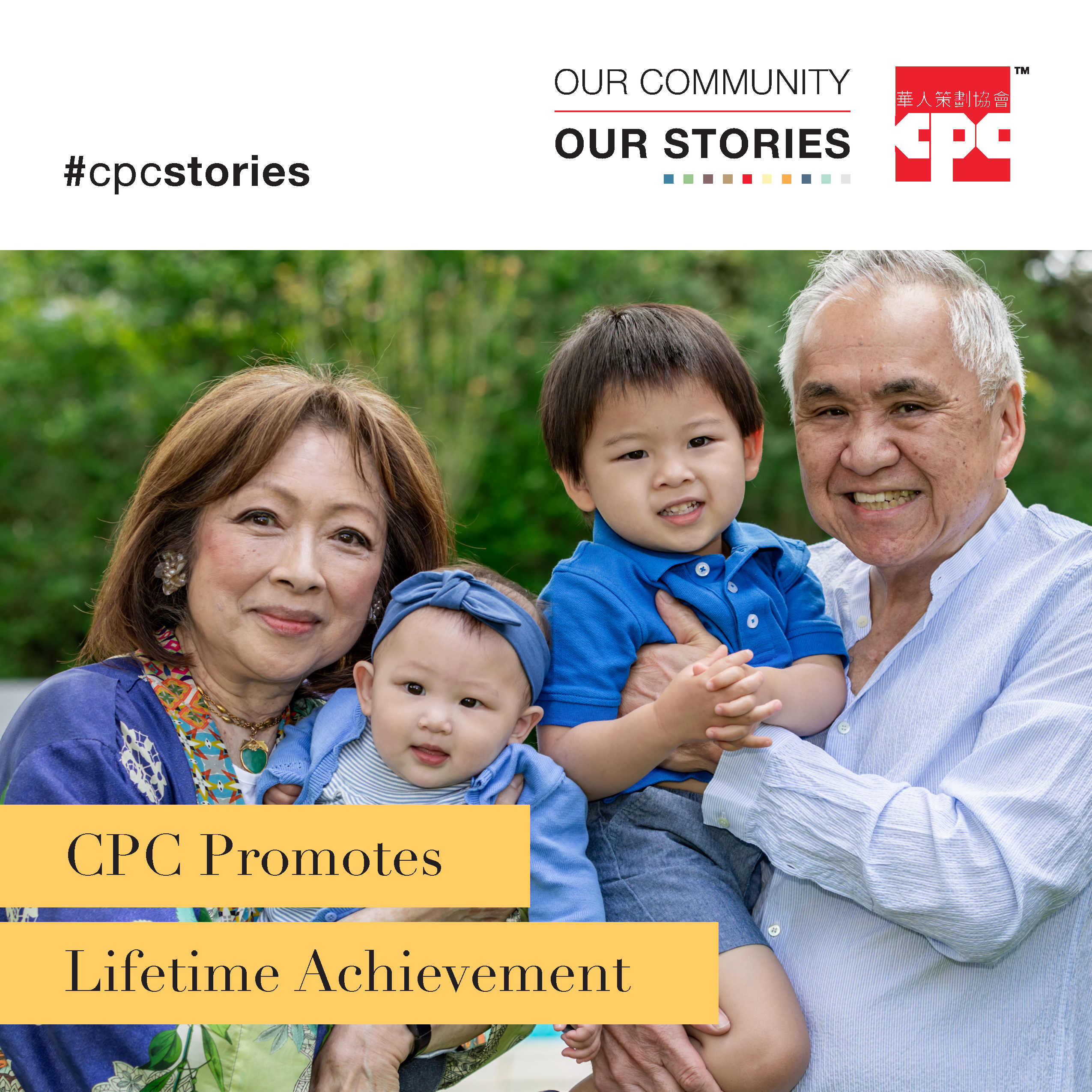 CPC launched the "Our Community, Our Stories" campaign to share the personal stories of different community members directly impacted by CPC.

Interviewed by Andrew Chan, Member of the Leadership Council

“We are always the mentor and the model for the children, and for whoever we serve.”

“I was shy. I was a typical Asian because we were brought up with ‘you don't talk too much, but when you speak, you speak the truth and with a humble heart.’”

Karen explained that, as a girl, she had not experienced racial discrimination in Hawaii because, as she describes, Asians were the majority and a culture of acceptance and the spirit of Aloha were strong there.

Karen learned firsthand about discrimination when she moved to New York for graduate school. She remembers her surprise at being one of the only Asian people in her classes at New York University. She met and married her husband in New York and changed her plans to move back to Hawaii. She needed a job and knew she wanted to work in education like her grandfather had in China before he emigrated. A friend introduced Karen to CPC’s executive director. He hired her to open more school-based programs. Karen is still grateful for that opportunity.

“I am appreciative of CPC because CPC believed in me.” 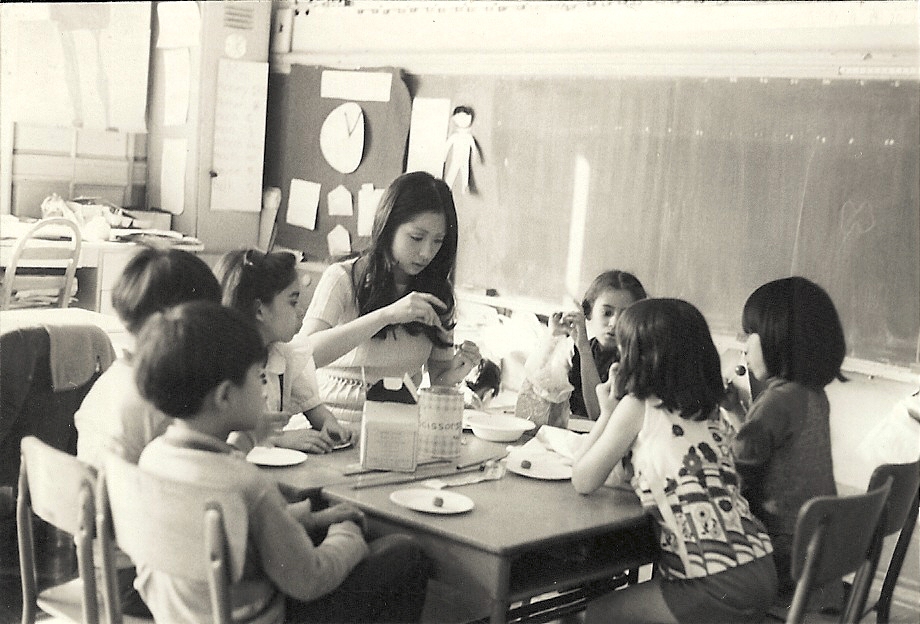 CPC gave Karen the freedom and flexibility to run programs for the children and their families in the way that supported them and met their needs and beyond.

“Working there was a real awakening for me. I found my identity, who I really was, something I knew but hadn’t fully embraced. I was Chinese American.”

While running programs at CPC, Karen began to better understand the struggles of working families, particularly their long work hours and their challenge to find high-quality child care.

“They were all working so hard, not able to speak the language, afraid of kids being home unsupervised and joining gangs, so that’s when we opened the after-school center.” 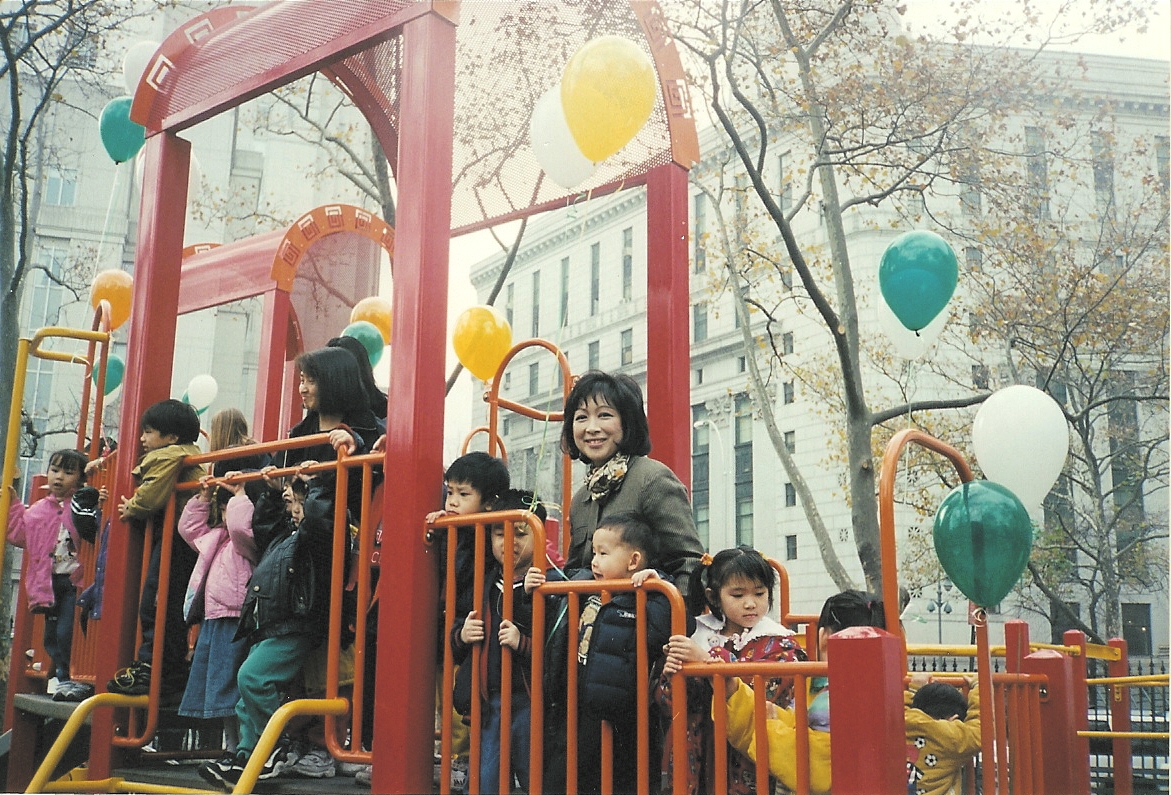 Karen helped open the Hester Street School Age Center at PS 42, which CPC still operates as the community-based provider.  “There was no space in the school, my office was built in a hallway with partitions around my desk.” The program began with two classrooms, and after the first year, it was so successful that they were able to expand to serve 100 children in five classrooms.

“I enjoy being with children because they're so open. They're honest. Whenever I felt stressed, I would walk into the classroom and it gave me energy.” 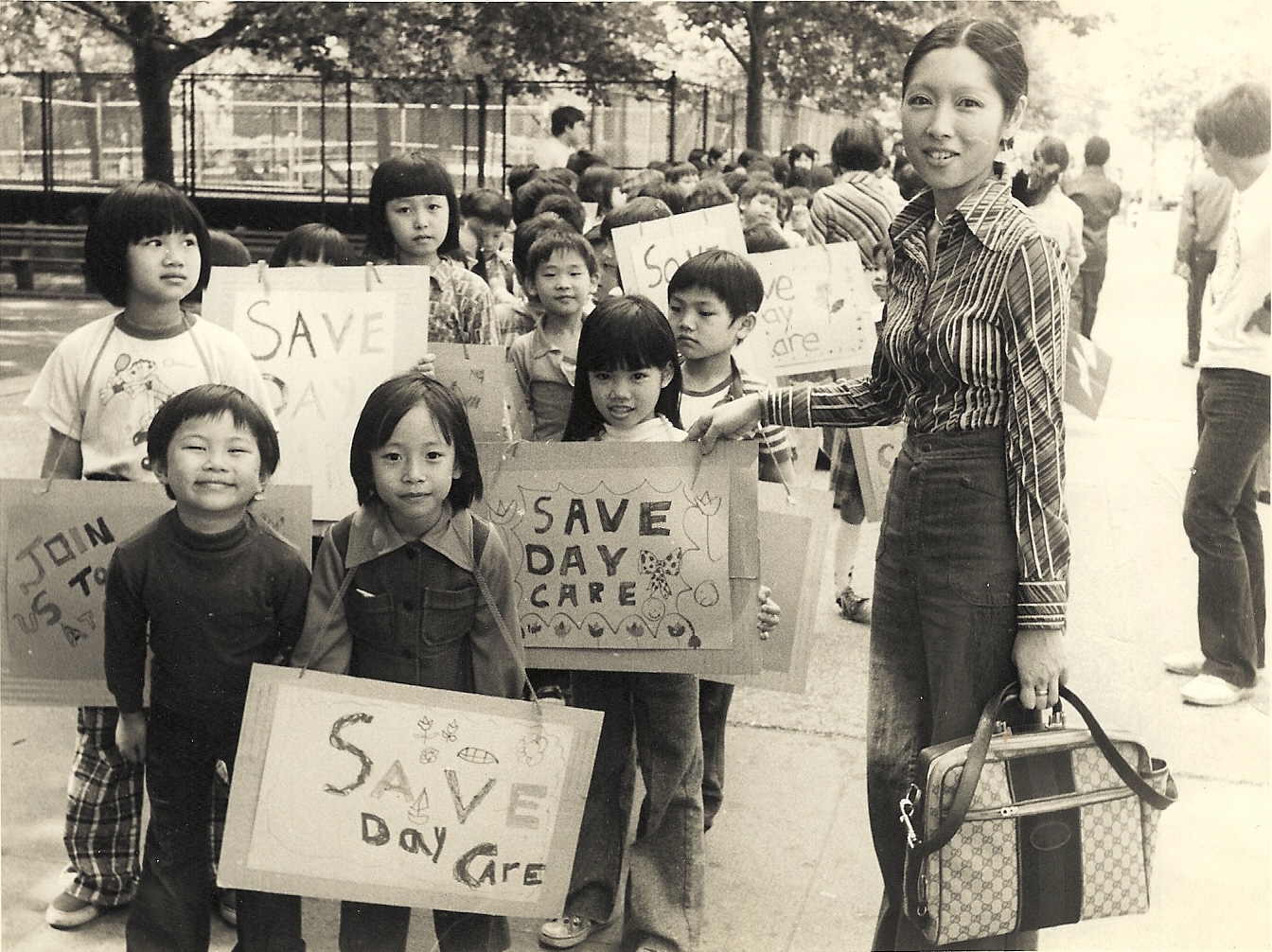 “Because I loved what I was doing, I had the passion and purpose to persevere, but it wasn’t all roses,” said Karen. She recalled organizing more than 300 parents in two days to march from Chinatown to PS 20 on Essex Street for a meeting with city funders. The city wanted to trim costs by cutting afterschool childcare slots. Karen organized families to preserve funding for CPC school programs. The NY Daily News covered the march. “It was a very hot day,” she recalled. The group marched in an orderly fashion, parents walking with their kids.

“At the end, it was a triumph because we were able to get many slots restored, not just for our families but for others served by another agency. Parents were engaged, heard, and empowered.” 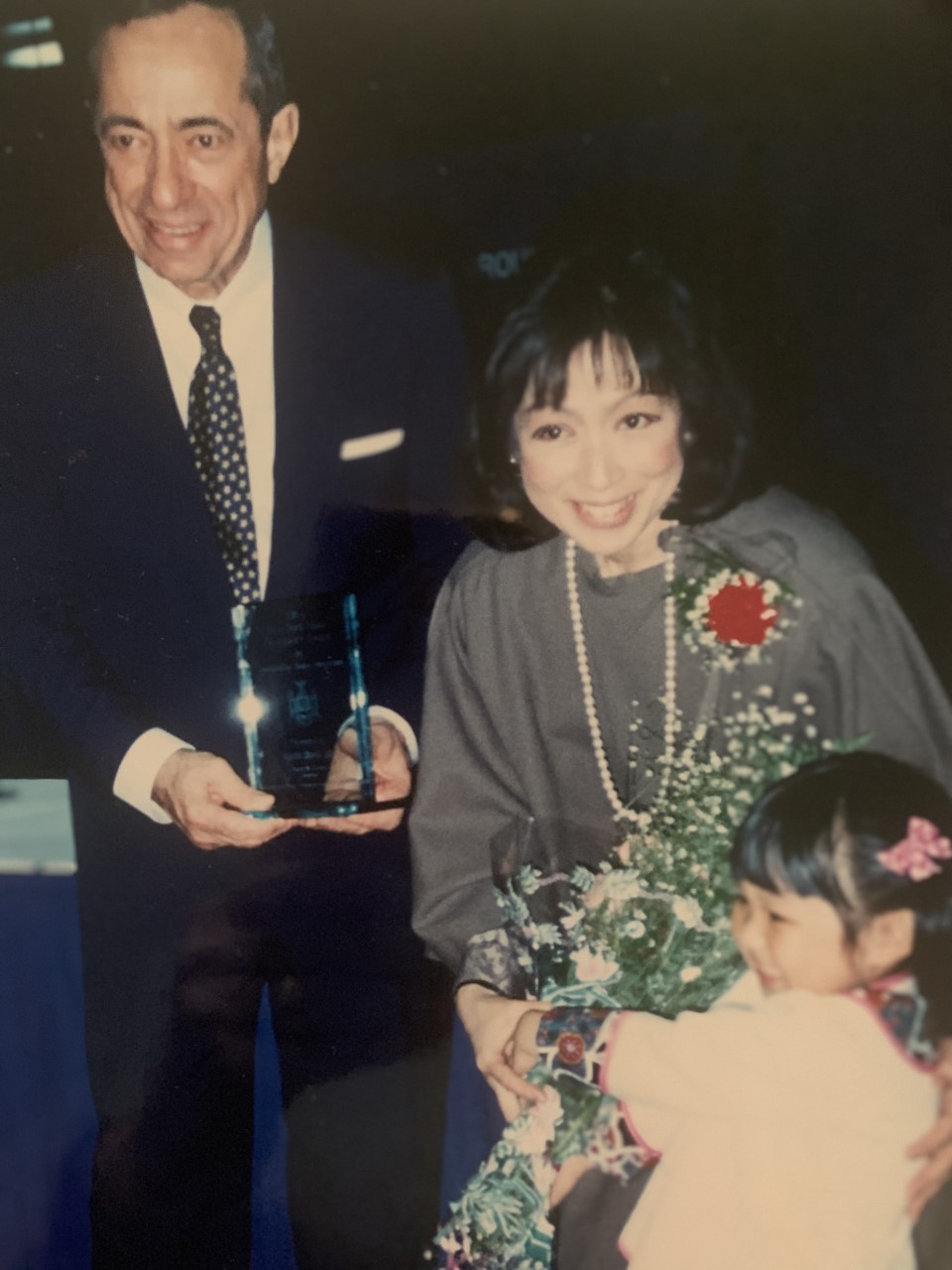 Eventually, Karen oversaw all six of the afterschool enrichment centers for elementary-age students and four of the early childhood programs. By the time she retired after 37 years, she was the Director of Childhood Development Services.

“The beauty of working with CPC is that you have so many resources in this one agency. It is not only the child but the whole family that we serve and support, from infancy to senior services. With visionary colleagues and a committed staff, we all work very closely as a CPC family.”

Karen celebrates that CPC is a family that continues to give back in many ways. One special example is the Ong Family Foundation’s endowment fund to promote staff development. This is the altruistic gesture of a former staff member. The executive director and legal counsel of the foundation are also former CPC staff.

“I am truly blessed with these rich and rewarding relationships which began at CPC.” 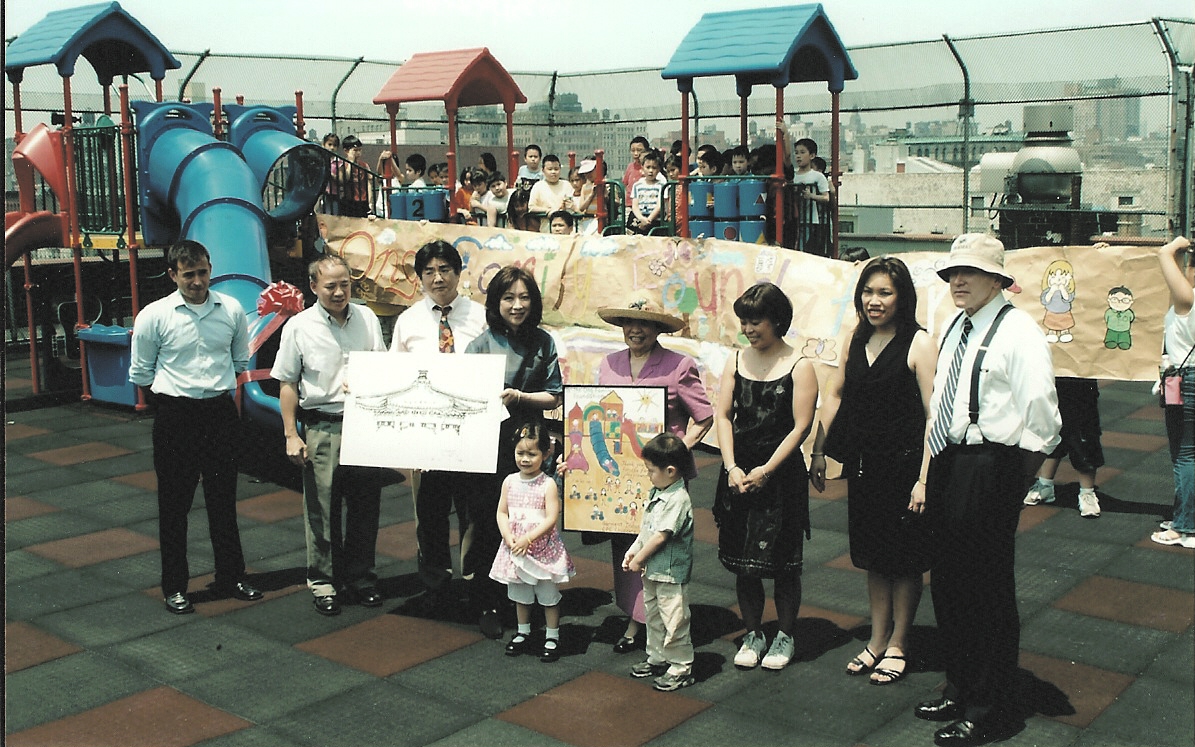 2020 has been a hard year, but, she says, “We have to believe in ourselves and believe in others.” The outreach CPC did for essential workers during the pandemic is exactly the spirit of innovation Karen believes in.

“When you serve the essential worker, you are doing something good not only for your community, but for the community at large.”