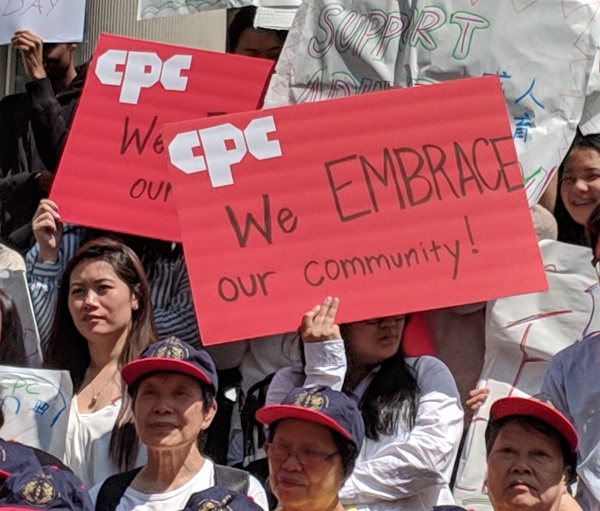 CPC was profiled in an article about the potential impact of the 2020 Federal Budget on New York City's human services sector. Derek Thomas, Senior Fiscal Policy Analyst and Gaurav Gupta-Casale, Fiscal Policy Associate at FPWA wrote an insightful article for the Gotham Gazette outlining these potential impacts. Federal grants are often passed through from City agencies to nonprofit human services provides, such as CPC. Grants such as the Community Service Block Grant (CSBG) is channeled from the Federal government to the City government and then to CPC as an awarded provider.

Thomas and Gupta-Casale said in "The Threat of the Trump Budget to New York City's Social Safety Net is Very Ready":

For example, the Chinese-American Planning Council, Inc. relies on federal support to serve more than 60,000 individuals and families across Manhattan, Brooklyn, and Queens. CPC’s federal support would be cut by 44 percent ($2.5 million) under Trump’s budget, driven in part by the proposal to eliminate the Community Services Block Grants.

CSBG – which has already fell by 14 percent since FY 2010 – supports a wide range of community-based activities to reduce poverty, such as CPC’s LEAD program at the High School for Dual Language and Asian Studies. The LEAD program helped a struggling high school student assimilate into a new school, improve her language skills, and ultimately go on to be a successful student.

When the federal government abdicates its responsibility, New York City’s commitment to caring for people who are struggling to afford basic needs means that it is often left to fill the gaps. Indeed, since FY 2010, the City has invested an additional $2.2 billion (nominally) to support these agencies. In other words, the money that New York City spends on human services in the absence of sufficient federal support could be spent on other investments equally important to the City’s quality of life, such as transportation, safety, education, cultural institutions, and the environment.

Click here to for more information on CPC's Education services

CPC is a member organization of FPWA