On April 21st, CPC joined youth organizers from Teens Take Charge in a virtual press conference to call on the city to restore funding for the Summer Youth Employment Program (SYEP).

SYEP employs 75,000 youth workers in NYC every summer, providing valuable first-time work experience, a paycheck, and a bank account. This program has been in operation since 1963, and this would be the first time in NYC history where the program would not commence as otherwise scheduled.

CPC's SYEP cohort enrolled more than 2,600 youth in 2019 who were 84% Asian, 6% Latinx, 6% Black, 2% White, and 2% of other/mixed race. CPC has been a city provider of SYEP since 1979, and our programs have helped tens of thousands of low-income, immigrant youth obtain skills and resources needed to become career-ready.

Tony Chong, CPC SYEP Program Director from Queens, spoke powerfully about the importance of SYEP to our young people and how challenging the sudden cut has been for both staff and our young people.

On April 22nd, Manhattan Borough President Gale Brewer hosted a town hall that highlighted the role of nonprofits in supporting youth. CPC President and CEO Wayne Ho spoke on the importance of SYEP and actions to take to help save teh program. Guests included Sandino Sanchez of Children's Aid, Eddie Silverio of Catholic Charities of New York, Alianza Division, Dominique Jones of The Boys & Girls Club of Harlem, and JT Falcone of United Neighborhood Houses.

You can watch the town hall on YouTube here.

Let's keep fighting. Contact your local elected officials and use the tag #SaveSYEP to show how important SYEP is to investing in our youth and communities. 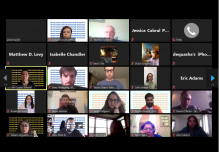 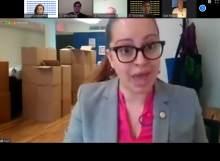 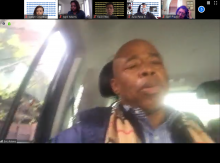 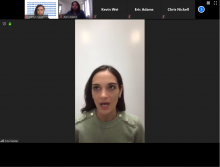