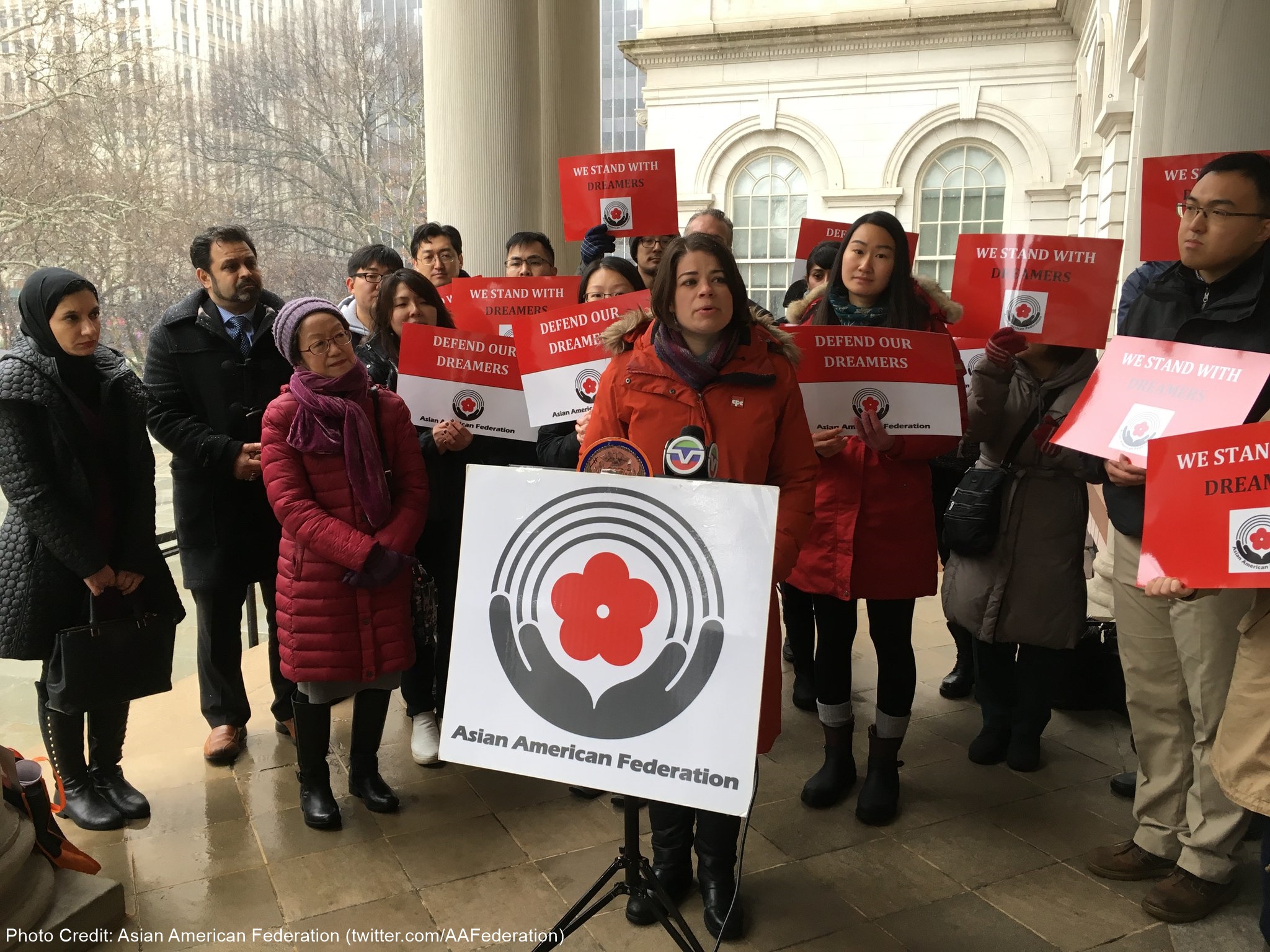 “We must continue to fight for our families and keep them together” said CPC Chief Policy and Public Affairs Officer, Carlyn Cowen (pictured above), during the rally. The rally was organized by AAF to highlight the importance of immigration for Asian American communities, including the impacts on the pan-Asian community from policies that threaten to keep families apart. The press conference highlighted the critical need for a clean DREAM Act without sacrificing any of the other immigration programs, such as Temporary Protective Status (TPS), the diversity visa program, family-based immigration, refugee protections, and the Deferred Action for Childhood Arrivals (DACA) program.  There are currently 1.6 million applicants from Asia on the family-sponsored visa waitlist as of November 1, 2017, and Asians accounted for 46% of all family sponsored visas from last year.  In 2016, family-sponsored preference visas accounted for nearly one in four of all new Asian legal permanent resident visas.

“If we don’t act swiftly on a clean DREAM Act and other key protections for all immigrants, the human impact will be devastating on our communities,” said Wayne Ho, President & CEO of the Chinese-American Planning Council. “We serve over 60,000 children and families each year, and programs like DACA and TPS are critical to keeping those communities together. We urge Congress to pass a clean DREAM Act now.” 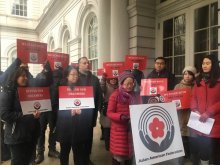